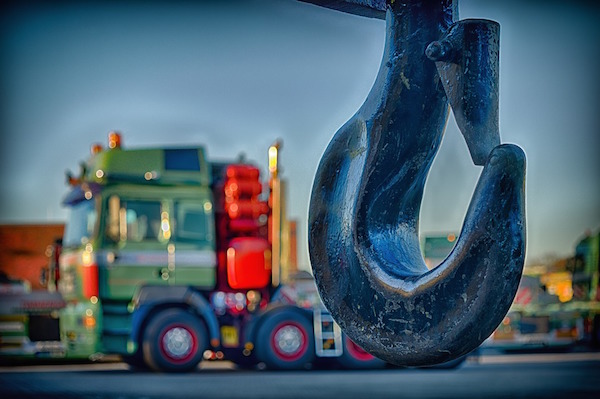 The DVSA is the Driver and Vehicle Standards Agency. It’s an executive agency of the United Kingdom’s Department for Transport. This agency is the one that approves people for driving instructor positions and MOT tester positions. It also ensures that buses, lorries and heavy-duty vehicles are safe to drive. As well, the agency performs other processes, including roadside checks, which help to keep drivers, passengers and pedestrians safe.

Recently, the DVSA clarified its position on cab rest fine rules. These fines may be levied on working drivers who choose to take rest periods (full weekly) within their vehicles.

When the “cab rest fine” initiative was announced, people involved in the haulage industry (including a lot of working drivers!) wondered how the new fine system would function. Now, the DVSA has added details in order to quell confusion. These additional details were provided to the Road Haulage Association. The details provided reassured drivers that they would be able to take forty-five hour weekly breaks within their cabs without getting fined, as long as breaks are taken in locations which are approved, such as truck stops which are equipped with access to food, as well as showers and toilets.

Fines may be placed on working drivers if they choose to take their 45-hour rest break on roadsides or lay-bys, or other types of public highway spaces. When it comes to roadways, lay-bys and other public highway spaces, drivers are only allowed to take short breaks or overnight breaks in their cabs. Bans on forty-five hour rest breaks in non-approved areas are now in force, whether breaks are taken wholly inside of cabs or partially inside of cabs.

The bans came into force legally as of the 1st of November, 2017. Penalties for violations of the rules are high. Drivers who disobey the rules and get caught will need to pay three hundred pounds (fixed penalty notices) and will also face driver prohibitions. As well, operators who flout the regulations may be reported to licensing authorities.

How Will the Ban Be Implemented?

This initiative will be implemented by tracking working drivers in places where problems are most common. As well, officials will look as specific sources, including tachograph records, in order to make certain that rules are being adhered to. The goal of the program is to stop the issue of drivers spending long periods of time outside of approved rest stops.

Statistics show that drivers who do spend a lot of time outside of approved rest stops tend to suffer negative physical and mental health consequences. In addition, these drivers tend to mar the look of public roads and may negatively impact the safety of roads which are public.

Read more about our Author

Sorry, the comment form is closed at this time.